Share a memory
Obituary & Services
Tribute Wall
Read more about the life story of Claudine and share your memory.

Claudine Briese Jacobs, 92, died in her room at Wesley Village on May 31, 2022, after a two-week illness that brought her son, Mark, to her side from his home in Oregon.
She was born on Christmas Day of 1929 in Logan Township of Ida County, Iowa. She grew up on her parents’ farm and graduated from Ida Grove High School, where she was editor of the school paper, president of the Quill and Scroll, and was an Honor Thespian.  She graduated from Grinnell College in January of 1951 with a degree in elementary education, and married Robert Glenn Jacobs on March 3, 1951.
Over the next 10 years, Robert attended graduate school at the University of Iowa and the Chicago Theological Seminary and taught at Iowa Wesleyan College.  Claudine accompanied him through these moves. She taught school for one semester, took graduate classes, and worked as a secretary, most notably for the editor Kate L. Turabian at the University of Chicago.
They had two children, Mark Eliot and Katherine Suzanne Jacobs, before moving to Los Angeles, where Robert taught at UCLA. Dr. Jacobs then joined the English faculty at Western Illinois University in Macomb, where he eventually became chair of the department. Claudine worked in the college bookstore after her children were grown.
After his retirement, Robert developed numerous health issues, and Claudine became a primary caregiver, meticulously managing his medications, daily care, and the entire household. When Robert died in 2014, Claudine moved to a small apartment in Wesley Village. Declining health led to a move to the Memory Care Unit in 2017.
She is survived by her son, Mark; grandchildren, Melody (Hannold) Aul, Ryan Hannold, and Gillian Hannold; daughter-in-law, Linda Harris; and by Melody’s husband, James Aul. She especially enjoyed visits from her great-grandchildren, Nathaniel Zyla and Jericho Aul. She was preceded in death by her husband, Robert; her daughter, Katherine (Kate); her parents, Albert and Effie (Condon) Briese; and her half-sister, Beverly (Briese) Geoghan.
Cremation rites have been accorded. Per her request, there will be no services.
Clugston-Tibbitts Funeral Home in Macomb is in charge of arrangements.
You may leave condolences and sign the guest book online at clugston-tibbitts.com.

To send flowers to the family or plant a tree in memory of Claudine Briese Jacobs, please visit our floral store. 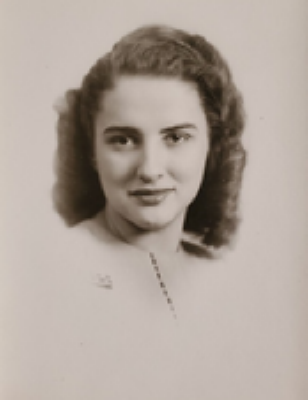 You can still show your support by sending flowers directly to the family, or by planting a memorial tree in the memory of Claudine Briese Jacobs
SHARE OBITUARY
© 2023 Clugston-Tibbitts Funeral Home. All Rights Reserved. Funeral Home website by CFS & TA | Terms of Use | Privacy Policy | Accessibility