Share a memory
Obituary & Services
Tribute Wall
Read more about the life story of Lorna and share your memory.

Lorna Nelle (Grossman) Vardaman, 85, of Macomb passed away on Friday, January 6th, 2023 after a long struggle with Dementia and loss of mobility. She was not afraid to die, she said, and looked forward to being reunited with the beloved family, friends, and pets who preceded her in death, especially her husband, David Lee Vardaman, who died in 2009.
Lorna was born in Russellville, Arkansas, on November 26, 1937, to Leonard and Pauline (Blake) Grossman. She is survived by two children and their families: Lance (Missy) Vardaman, Macomb, Illinois, and daughter Lily; Wendy (Thomas Dubois) Vardaman, Madison, Wisconsin, and their children Conor, Greer, and Brendan; and many nieces and nephews. Lorna loved and talked about her children, their spouses, and her four grandchildren. She was very proud of each of them.
Preceding Lorna in death were her husband David and his two siblings, Leon (Naomi) Vardaman and Patricia Vardaman; three older half-sisters Norma (Grossman) Summers, Barbara (Grossman) Palmer, and Mary Alice (Grossman) Bilbro; a cousin whom Lorna grew up with and counted as her sister, June (Blake) Kuhn; many beloved friends, including Bettie Sue (Stewart) Baldwin, Lorna’s best friend for 70 years, and Pauline (Durbin) Mills, who shared Lorna’s adventurous spirit and sense of humor for over 40 years.
Lorna graduated in 1955 from Guymon High School in Guymon, Oklahoma, where she rejoined her father after living with grandparents for many years. Lorna lost her mother at eight years old and was especially devoted to her grandparents who helped raise her. She returned to Arkansas on a scholarship to attend the University of the Ozarks in Clarksville and be close to them. Through high school and college Lorna won awards for debate and speech and wanted to be a lawyer. She also loved to act, direct, stage manage, make costumes and sets, and be part of plays. She and David, a theater major, met at college and were married in Clarksville in March of 1957. They had many adventures together, which included a Corvette that Lorna loved to drive on Arkansas’s winding mountain roads, and moves to Califoria, Texas, Iowa, Missouri, and Arkansas, before they settled in Quincy, Illinois, in 1977. Their house was a source of pride for Lorna, who loved to decorate, celebrate Christmas, plant flowers, entertain, tell stories, laugh, and play bridge. When David passed away in 2009 after 52 years of marriage, Lorna remained in Quincy until 2016, when she moved to Macomb to be near her son and his family.
Lorna worked hard throughout her life, beginning with her first job at 13 in a Guymon dime store. Although she didn’t achieve her dream of completing college, Lorna taught high school and elementary school for many years in Arkansas and Missouri, worked in various accounting departments, and began a long, successful career in retail management in Fort Smith Arkansas in 1972. Lorna was a store manager for Montgomery Ward catalog stores in both Fort Smith and Quincy, Illinois, then a district manager. She loved to drive between small towns and to keep up with the families who ran the stores. Lorna counted her years at Penn Daniels in Quincy as her most exciting, first as a buyer for the local Jack’s Store and later as Senior Vice-President of Operations. She had a passion for traveling to new places, meeting people, and negotiating. She inspired vendors to create new products, won national awards from Wards, including two Carribean cruises, participated actively in the International Mass Retail Association (IMRA), which recognized her accomplishments with its 1997 President’s Award, and worked on national efforts to protect local businesses. Loran cared deeply about her co-workers and because of the challenges she faced as a businesswoman, actively mentored colleagues and helped to remove barriers against women succeeding at work.
When Lorna retired from her last job with Swiss Colony in 2007, she threw herself into volunteer causes that included the Quincy Public Library, reading to elementary school students, working in a soup kitchen, being an officer for Quincy Women’s City Club, and helping to sustain her bridge and sorority groups.
Cremation rites have been accorded. There will be no services locally.
Lorna’s ashes will be interred at Oakland Memorial Cemetery in Clarksville, Arkansas alongside David’s.
The family requests in lieu of flowers that memorials may be sent to Quincy Public Library or MDH Hospice in Macomb.
Clugston-Tibbitts Funeral Home in Macomb is in charge of arrangements.
You may leave condolences and sign the guest book online at clugston-tibbitts.com.

To send flowers to the family or plant a tree in memory of Lorna N. Vardaman, please visit our floral store. 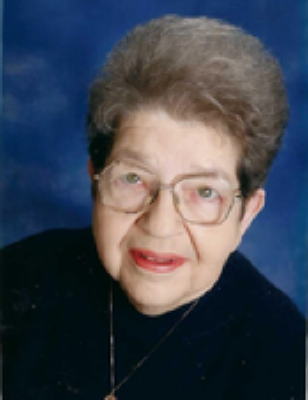 You can still show your support by sending flowers directly to the family, or by planting a memorial tree in the memory of Lorna N. Vardaman
SHARE OBITUARY
© 2023 Clugston-Tibbitts Funeral Home. All Rights Reserved. Funeral Home website by CFS & TA | Terms of Use | Privacy Policy | Accessibility