Share a memory
Obituary & Services
Tribute Wall
Read more about the life story of Paul and share your memory.

Paul B. Foster, 96, of Macomb, died at 5:03 p.m. Sunday, May 8, 2022 at McDonough District Hospital in Macomb.
He was born on September 25, 1925 in Eldorado Township, McDonough County, to Harold and Helen (Scudder) Foster. He married Edna L. Brooks on December 31, 1947, in Galesburg. She died in 1971. He later married Sophie E. Phillips (Britz) who died in 1998. His later years were enjoyed with Dorothy Pederson until her death in 2011.
His daughter, Judy Kay Foster, was killed in an auto accident in 1969.
He is survived by one son, Harold B. “Pat” Foster (Marsha) of Plymouth; two grandchildren, Jessica Jo Shoopman (Dallas) of Colchester and Paul Jacob Foster (Jenny) of Plymouth; three great-grandchildren, Jordyn Shoopman, Ashtyn Shoopman, and Ruth Foster; special niece, Toni Foster of Dunlap, TN.
Mr. Foster graduated from Price Elementary School (McDonough County) and from Vermont High School in 1942. He served his Country in World War II in the Southwest Pacific where he earned 3 Battle Stars and various awards.
Mr. Foster worked for Caterpillar Tractor Inc. for over 30 years. He was a graduate of Cat’s 4-year Machinist course and held positions throughout the Company in Management, Planning and Manufacturing. He helped in the opening of the Davenport, Iowa Plant. He was also involved in farming and owned and operated several farms.
Mr. Foster belonged to various organizations including AF & AM Masons, Macomb; 32nd Consistory, Quincy; American Legion Post 413, Macomb; Veterans of Foreign Wars, Macomb; TPA of America; Loyal Order of Moose Lodge #784, Canton; and Elks Lodge, Macomb.
Private Graveside services will be held at later date at the Vermont Cemetery. Cremation rites have been accorded.
Memorials may be made to the donor’s choice.
Clugston-Tibbitts Funeral Home in Macomb is in charge of arrangements.
You may leave condolences and sign the guest book online at clugston-tibbitts.com.

To send flowers to the family or plant a tree in memory of Paul B. Foster, please visit our floral store. 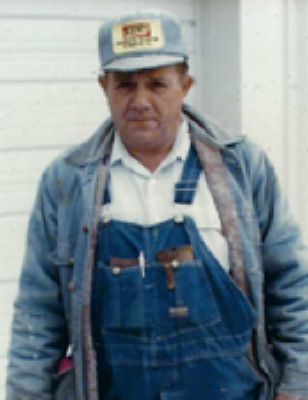 You can still show your support by sending flowers directly to the family, or by planting a memorial tree in the memory of Paul B. Foster
SHARE OBITUARY
© 2023 Clugston-Tibbitts Funeral Home. All Rights Reserved. Funeral Home website by CFS & TA | Terms of Use | Privacy Policy | Accessibility