Share a memory
Obituary & Services
Tribute Wall
Read more about the life story of Robert and share your memories in the Tribute Book.

Robert Ervin Bunch, of Macomb and formerly of Colchester, passed away on November 17, 2022 at Lamoine
Retirement Living in Macomb. He was born on February 19, 1927 in Warren County, Il to Robert M. And Mildred (Parsons) Bunch. He married Helen I. Kershner on August 1, 1948 in Lomax, Illinois. She passed away on April 8, 2006. Surviving are two daughters, Susan Bunch Neil of Russell, Kansas, and Julia (Phillip) Winiecki of Kankakee, Illinois; one son, Gary Bunch of Brazil, Indiana, nine grandchildren, 13 great-grandchildren; one sister, Louise Sparrow of Tampa, Florida; numerous nieces, nephews and cousins. In addition to his wife, he was preceded in death by his father, mother and two sisters, Betty Blair and Norma Fox, one daughter Paula Brocksmith and one brother, Charles Bunch. Robert E. lived in Warren County for 18 years and McDonough County until his death. He moved to Colchester in 1977. Robert E. was a World War II Veteran, a lifetime member and past commander of the VFW post 1921 in Macomb. He is also a member of the Macomb American  Legion. He farmed from 1950-1977 and was a union carpenter starting in 1962 , and he just received his 60 year member union pin. He was a member of the Macomb Assembly of God Church. He loved working in his garden (like his father) and took great pride in his home and the outside lights and decorations at Christmas time. Visitation will be held from 5 to 7 p.m. Sunday, November 20, 2022 at the Clugston – Tibbitts Funeral Home in Macomb, Illinois. Funeral services will be held at 1:30 p.m. on Monday, November 21, 2022 at the Clugston - Tibbitts funeral home in Macomb, with Rev. Mike Williams officiating. Burial will be at Forest Lawn  Memory Gardens in Macomb, Illinois with full military rights conducted by the Macomb American Legion and the Macomb VFW. Memorials may be made to VFW Post 1921. You may sign the guestbook and leave online condolences at clugston-tibbitts.com.

To send flowers to the family or plant a tree in memory of Robert E. Bunch, please visit our floral store. 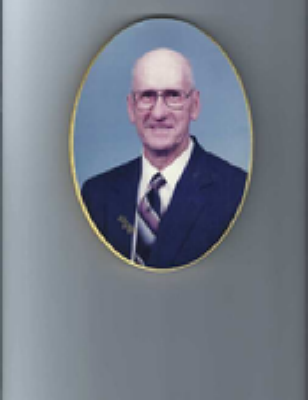 
Family and friends are coming together online to create a special keepsake. Every memory left on the online obituary will be automatically included in the book.

You can still show your support by sending flowers directly to the family, or by planting a memorial tree in the memory of Robert E. Bunch
© 2022 Clugston-Tibbitts Funeral Home. All Rights Reserved. Funeral Home website by CFS & TA | Terms of Use | Privacy Policy | Accessibility