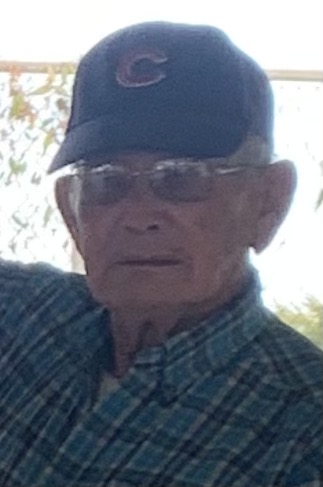 William (Bill) Joe Kelly, 76, of Industry passed away suddenly, but peacefully at 2:26 a.m. Tuesday, May 11, 2021 at Blessing Hospital in Quincy, Illinois.
He was born on October 16, 1944 in Industry to Jim and Audrey Wheeler-Kelly. He married Sheila Brewer on September 24, 1964. She survives.
Also surviving are his children, William (Holly) Kelly; two grandchildren, Maeve and Aidan of Spring Grove, Illinois, Rebecca (Harry) Drummond; two grandchildren, Candice and Dalton of Industry, Illinois, Brian (Tori) Kelly; four grandchildren, Paytan Conway, Skylar Conway, Olyvia Conway and Ainsley Kelly of Tremont, Illinois, and Justin (Sarah) Kelly; two grandchildren, Madelyn and Dominic of Industry, Illinois. He is also survived by six brothers; James Kelly of Cody, Wyoming, Roger (Nancy) Kelly, Don (Diane) Kelly of Steeleville, Illinois, Tom Kelly of DuQuoin, Illinois, Jack (Jill) Kelly of Cody, Wyoming and Gayle Kelly of Byron, Wyoming; three sister, Mary (Clyde) Jockisch of Rushville, Illinois, Martha (Jeff) Fouts and Margaret Kelly-Parry of Macomb; several nieces and nephews and several great-nieces and great-nephews.
He was preceded in death by his parents, two brothers, Robert and Dan Kelly, a sister in infancy, a nephew, Scott L. Kelly and a niece, Rosemary E. Jockisch.
Bill was a former lineman for General Telephone Electric (later Verizon) in Macomb, Vermont and Astoria areas. He served his country as a member of the US Air Force from 1965 to 1969. He was a very active member of the Rushville Masonic Lodge #0009 AF & AM. Bill was an avid Cubs fan and  always enjoyed long conversations about the teams, players and the season. He always enjoyed spending time with his grandchildren and looked forward every year to the annual family reunion to create new memories with his brothers, sisters, cousins, family and friends.
Funeral services will be held at 10:30 a.m. Saturday, May 15, 2021 at Clugston-Tibbitts Funeral Home in Macomb with Reverend A. Lee Unger officiating. Masonic services will be held at 4:30 p.m. Friday, May 14, 2021 at the funeral home. Visitation will follow from 5 to 7 p.m. at the funeral home.
Burial will be in the Littleton Cemetery in Littleton with full military rites being conducted by the Macomb American Legion and Macomb VFW.
To attend this service via zoom please join the following link. http://us04web.zoom.us/j/77659904676?pwd=TZ94Vm5naVBmQ0piclpjTVA2ZHVGQT09
Meeting ID is 776 5990 4676
Password is G9UWJV
Memorials may be made to the Industry Fire and Rescue Squad.
You may leave condolences and sign the guest book online at clugston-tibbitts.com.

Plant a tree in memory of William (Bill) J Kelly

Our deepest sympathies to your family at this difficultt time. Our thoughts and prayers are with you all.

Rebecca, Harry and the Kelly family:   I enjoyed working with Bill for several years at GTE in Macomb.   My thoughts  and prayers are with you at this difficult time.  Florine  Ash

A Memorial Tree was ordered in memory of William (Bill) J Kelly by James M Kelly.  Plant a Tree

Bill was a good neighbor and a great guy. He will be missed.

I am so sorry to hear about Bill's death.  I was only in the family for 7 years but I have many fond memories of the times we all shared..  In fact, I am still close to several members of the Kelly family.  I wish peace for Sheila, Billy, Rebecca ,Brian, Justin (spouses) and Bill's many grandchildren whom I'm sure will miss him greatly.  Please accept my sincere condolences.

Plant a tree in memory of William (Bill) J Kelly